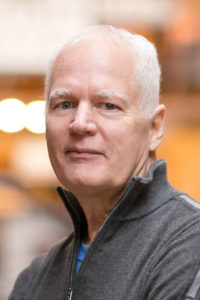 A J B — more commonly known as John or Jay — grew up in Truro, Nova Scotia. He writes fiction, history, and museum exhibits.

BA, MA at Dalhousie University, then a PhD in History from the Université Laval.

Many books and articles on the history of Atlantic Canada, especially on the Fortress of Louisbourg, led to France making him a chevalier of its Ordre des Palmes Académiques.

The Hat (2018) was a fresh YA take on the Acadian Deportation; Something True (2018) featured a young Cape Breton woman who found her identity in France during the First World War. Kings of Friday Night: The Lincolns came out in 2020. Ancient Land, New Land, co-authored with Jesse Francis, comes out in 2021.